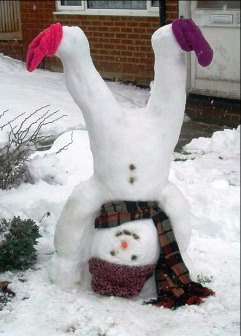 Just wanted to check in and see how everyone is doing after the Blizzard of 2016?

We had a little over thirty inches of snow dumped on us in about 24 hours and we are still in the process of digging out.  We didn't see a plow after 0800 pm on Friday after... until they showed back up again on midday on Sunday.  Of course all the plows did this time was push all of the snow up against the cars leaving us with a 3-4 foot tall and 8-10 deel wall of snow to dig through by hand!  I know that the plow truck drivers were putting in long hours but ONE PASS would have saved everyone, and we're talking hundreds of people, hours of work out in the cold!  We were out yesterday for six hours shoveling and only got one car partially uncovered and the sidewalk cleared.  Today we'll get them both out and finally venture out to see what the roads are like.

So... until I can get out my car out from underneath the snow and get over to see if the contractors have cleared out the parking lot at the gym we are going to be closed. NOTE: looking at Monday and possibly Tuesday morning as well.  I should be able to post an update later today and least give you some idea when we will be back open for training.  Until then, do your best to keep the sidewalks and walkways clear of snow and ice, check on your elderly or disabled neighbors, and make sure that the fire hydrants near your house are clear of snow and easily identifiable by emergency personnel. 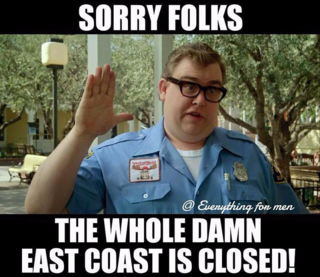 Until then, if you're looking for a workout, find someone in your neighborhood who is elderly or incapable of shoveling themselves out and do it for them.  Don't forget to find the closest fire hydrant to your house and clear away the snow away from it (3 foot radius).  NOTE: do the same for your HVAC unit as well while you are outside shoveling... it's going to be working overtime to keep you warm and you want to make sure there is sufficient airflow around it. 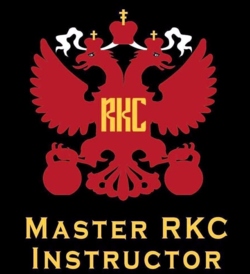 There are two things that I have worked on continuously, year after year, to attain.  The first was to become a Full Instructor in Jeet Kune Do (JKD), the Filipino Martial Arts (Kali, Escrima and Arnis) and Maphilindo Silat under Guro Dan Inosanto. Earning that distinction, which is one that I cherish to this day, took me over two decades of training and hard work.  The second was being named a Master RKC with Dragon Door. This was another venture that took me almost fifteen years to accomplish.  It is also something that I am extremely proud of and grateful for.

Both of these credentials are accompanied with a tremendous amount of responsibility. It would be easy to sit back and coast now that I have reached the zenith in both areas. Instead, the opposite is true. The need to continue to develop skills, attributes, and my knowledge is even more important than when I was working towards these goals. Instead of going easy, it's now time to devote more time to training and polishing my skills and sharpening presentation methods.

Being considered a "master" of anything is usually just the opposite.  A Master is someone who has failed more time than a beginner but also someone who refuses to quit because of failure. Being a Master means that you have more patience, drive, and persistence than the majority.  Those of you who have been with me on either my journey in the martial arts or with kettlebells can attest to this.  If you've been beside me long enough you've seen scores of people rush onto the scene brimming with enthusiasm and fire only to disappear once the real work started. In my lifetime I've had hundreds of training partners; only a small handful are still training today. But they are people who are unique in their disposition and personality; and I call them my brothers and sisters.

After fifteen continuous years of kettlebell training the journey has started again... and there is much, much more for us all to learn together.