Starting the Get Up 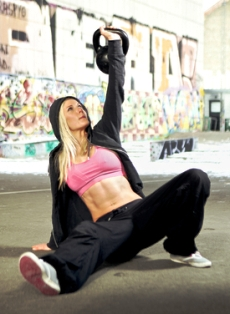 The Turkish Get Up (TGU) has a lot of moving parts... lots!  As complex as the movement is it is also one of the most powerful tools in the Kettlebell arsenal.  In the last couple years the TGU has seen a tremendous resurgence in popularity.  If you type "turkish get up" into YouTube you'll get approximately 140,000 videos devoted to this one technique alone!?!?

That's a lot of videos, and like most things on the "interweb" there is a lot of bad information.  What am I referring to? Ninety nine percent of the videos show the start of the TGU with a fatal flaw - throwing the head forward to get momentum.  This is a completely unnecessary move that helps people (who don't know how to create the proper tension dynamics) get from their back to their elbow.  Don't believe me?  Do you own search on YouTube and see what you come up...

Take a look at the following short (really short) video and see that you do not need to throw your head forward to start the TGU.  All you need to do is initiate the movement in the bent leg and transfer that tension to the opposite side.  Sure, it's a little harder to do it this way... but you'll get a lot more from this method than you will by using your noggin as a counterbalance to the Kettlebell! 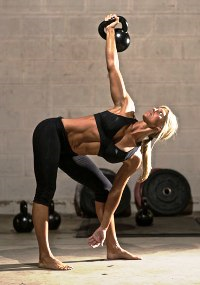 As a strength and conditioning tool the humble Kettlebell is hard to match.  Need to enhance your anaerobic capacity?  High repetition Snatch and Swing training will fill the bill.  Need to build some real-world strength? Low rep, high tension Military Press and Kettlebell Squats will fill you out fast.  Unfortunately most people don't look much past the Snatch and the Turkish Get Up when they train with the Kettlebell... their loss!

Following is an outstanding video by my friend Andrew Read, Master RKC on how to use the Kettlebell as an assistive device for mobility.  The video will talk you through a dozen movements that will improve your posture, breathing, alignment and mobility.  Watch carefully because there are a lot of details you'll need to capture in order to do these techniques effectively.

NOTE: is this all of the mobility drills you can do with a Kettlebell?  Not even close!  Look for more information about the Kettlebells for Prehab, Rehab and Injury Prevention workshop coming in June 2015. 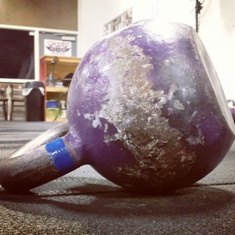 Among those people that use the Kettlebell as primary strength and conditioning tool there is a lot of discussion about what is the best technique.  For the most part they are all good but some are better that others... it just depends on what you are trying to accomplish.  Take for example the Kettlebell Split Snatch (SS).  The SS is perfect for the intermediate to advanced kettlebell athlete that is looking for a technique that will challenge their hip drive, finish and ability to get under the load and control it overhead in a dynamic fashion.  The SS will test all of the above and more as well as being a superior conditioning tool to the classic Kettlebell Snatch.

Check out the following short video to see how all of the element of the class Kettlebell Snatch must be executed perfectly in order to allow the athlete to manage the load effortlessly overhead.  NOTE: the Kettlebell being used is 71 lbs and the athlete in approximately 163 lbs.

Memorial Day was originally established to remember our fallen soldiers during the Civil War but is now designated to honor all warriors who died in service to our country.  I hope you take a few moments this weekend as you enjoy time with your family and friends to contemplate the sacrifices made by others so that we may live and prosper in the greatest country in the world.

God Bless the men and women in our armed forces today and every day... 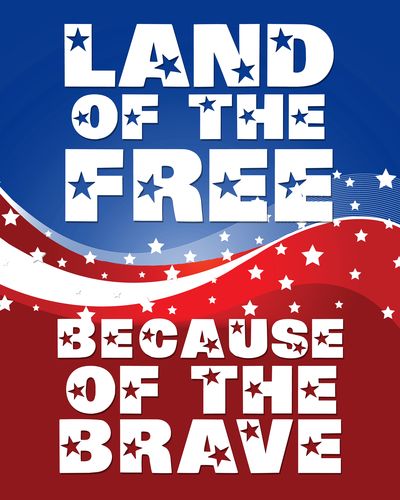 We all share a problem that will shorten your lifespan, adversely affect your health, and have a negative impact on all aspects of your life.  What is it?  Sleep deprivation.

If you need to improve your overall health and positive improve all of your biomarkers (blood pressure, cholesterol, etc.) you need to get more sleep.

If you want to improve the relationships with your wife, kids, and coworkers you need to get more sleep.

Take a seventeen minute break and listen to Dr. Kirk Parsley about the adverse effects of sleep deprivation and what you can do to reverse them.

I just wanted to congratulate the attendees at the Frederick HKC last weekend!  They did an outstanding job of grasping and assimilating the information over a very long and tiring day.  They are excellent additions to the Dragon Door family and you should look for them if you are looking for kettlebell instruction.  I would also like to thank Dave and Amanda May at CrossFit Frederick for being such gracious hosts for the certification - Thanks again! :) 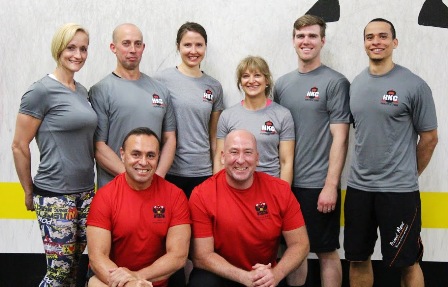 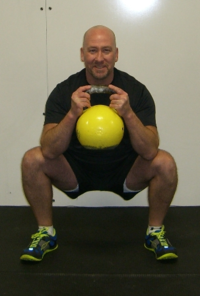 The Goblet Squat (GS) is one of the foundational techniques of the HKC and RKC systems.  Used as a strength movement, a mobility enhancer and as a corrective exercise, the GS has a lot to offer if you do it correctly.  Here are a few tips to make you GS practice more productive:

I hope the tips help and take a look at the following video to see the GS in action!

A Little Goes A Long Way!

When most people approach life style changes then jump in with both feet, with enthusiasm and vigor, raring to go and ready for anything.  Unfortunately, once a road block or two show up (think kids, job, illness, etc.), that enthusiasm and vigor dwindles and is replaced with the same old habits and bad choices that they started with.  Are people just weak and undisciplined? Well... that may be part of the problem... but I really think is that they have no idea how to manage change and how to make change happen in their lives.

Change management, I'm sure there is a book or two in there somewhere, just means that you establish steps, goals, and procedures that allow you to implement change in such a way that it is acceptable and applicable to your.  I think the concept of Kaizen, which means "change for the better" or "continual improvement" is the tool that most can use to get to where they want to be whether it is nutrition, exercise, or pretty much anything else.

Take a look at the post I wrote for the Strong Medicine blog on Kaizen and how it can be applied to changing how and what you eat. 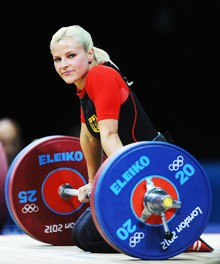 CrossFit has been a boon to the Olympic Lifting community.  There is no question that the number of people who are training the lifts and are competing has exploded over the last few years due to the inclusion of the lifts in almost every CrossFit WOD.  But is this a good thing or a bad thing?

Dr. Stuart McGill is the "go to guy" when it comes to understanding how the back works and how to keep it safe.  In a recent interview posted on the T-Nation website Dr. McGill stated:

A major component of CrossFit is Olympic lifting. Olympic lifting must find the lifter. Not the other way around given the special anatomical gifts needed to lift with efficiency and injury resiliency.

The flexibility required in the hips and shoulders in many cases is a gift from your parents. No matter how much stretching is attempted, some will never have the hip and shoulder socket anatomy to deep squat and support a bar overhead. But they will try, and their compromised form will create substantial injury mechanisms.

What does the above statement mean?  It means that a very small cross-section of the athletic community is going to be naturally gifted enough to be able to perform the lifts without exposing themselves to potential injury.  This is something that I have found as well and the primary reason why we don't insist on our athletes doing a lot of Olympics Lifts with the bar; we use the Kettlebell instead in a unilateral as opposed to a bilateral method.  Not to start too much of a ruckus but I can screen out over 85% of the athletes I train from Olympic Lifts because of poor posture, inadequate shoulder mobility, and insufficient strength.  If you are training at a CrossFit gym, and everybody is doing Olympic Lifts, then you might want to question the safety and veracity of the program and its long-term effect it is going to have on the athletes.

I think the most significant points he made during the interview was in regards to learning how to lift properly, not lifting to fatigue, and that moderation actually leads to less injury in the long run.  Check out the rest of Dr. McGill's interview on the T-Nation website.

Training the Kettlebell Snatch, and I mean a technically precise and powerful Kettlebells Snatch, takes a lot of hard work and extensive coaching.  What some call "a swing that ends overhead" is anything but that.  A good Kettlebell Snatch has a beginning, midpoint and ending that need to be developed, cultivated and drilled for thousands of perfect repetitions.  Trying to learn how to Snatch a Kettlebell by watching a video is like trying to learn how to drive a ball like Tiger Woods or execute a slap shot like Wayne Gretzky by watching a video.  You are seeing the culmination of diligent practice and consistent coaching... high quality movement does not happen in a vacuum.

I just wanted to share this video of Miss Artemis of Iron Body by Artemis executing the Double Kettlebell Snatch.  This is an outstanding example of this technique and one that any aspiring Kettlebell athlete would be well served by studying over and over.