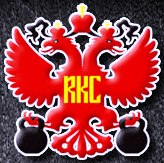 Hardstyle training is associated with the sytem originally developed and taught by Pavel Tsatsouline and are represented by what is now the RKC (Russian Kettlebell Certification) and the HKC (Hardstyle Kettlebell Certification).  This style of kettlebell lifting is centered around the creation, dissipation and management of tension as it applies to strength and power.  The goal of this system is to use whatever means necessary, be it muscular tension, breathing, etc., to generate strength gains and efficient generation of power.  No efforts are made to develop extreme endurance and the mentality surrounding the training is similar to many hard style martial arts: hit hard, hit fast and never back down. This style of kettlebell training has been very popular in military and law enforcement circles as well in civilian athletics.  Pavel left Dragon Door in 2012 to start his own company (Strong First) but the style that created the kettlebell phenomenon is still being taught by a highly qualified group of instructors around the world. 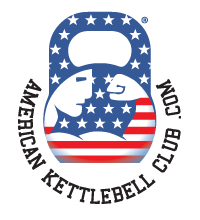 Girevoy Sport, or GS, is a style of kettlebell training that was popularized by Valery Federenko who created the World Kettlebell Club. The goal of this system of training is very different than the Hardstyle training method in that its goal is to be as efficient as possible over a long period of time.  Contrast this with the Hardstyle goal which is to generate as much power over a short period of time as possible.  GS athletes compete in events with single and double kettlebells that are either Snatched or Clean and Jerked for repetitions over a designated period of time (i.e. 10 minutes).  The GS athlete endeavors to be as relaxed as possible and use the least amount of energy necessary to complete the task at hand and that includes management of the kettlebell, grip and breathing.

CrossFit has there own kettlebell certification under the direction of Jeff Martone.  Jeff is a first generation RKC under Pavel that eventually went out on his own (as many did over the last ten years or so) to teach kettlebells to civilian and military groups.  While Jeff's style of kettlebell training was initially heavily influenced by Hardstyle training he has become a GS sport competitor (and a very successful on at that) in the last several years and this has led to some modifications to the training he presents.  CrossFit has yet to take a serious look at the potential behind the kettlebell and most "boxes" only use them primarily for American Swings and not much more.

NOTE: this is not an impartial view of the kettlebell world as I am strongly associated with the HKC and RKC via Dragon Door.  For a more impartial approach to this topic please check out this article on Breaking Muscle by Craig Marker.