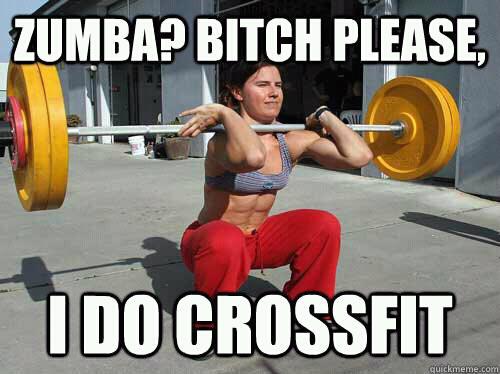 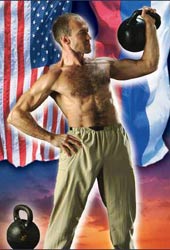 Check out this audio interview with Pavel Tsatsouline on SportsRehabExpert.com.

Pavel Tsatsouline, Master of Sports, is a former Soviet Special Forces physical training instructor who has been called "the modern king of kettlebells" for starting the Russian kettlebell revolution in the West.

In 1998 Pavel introduced the ancient Russian strength and conditioning tool to the American public in his subversive article, Vodka, Pickle Juice, Kettlebell Lifting, and Other Russian Pastimes. The article was published by MILO, a magazine for tough hombres who bend steel and lift rocks. When Pavel started getting mail from guys with busted noses, cauliflower ears, scars, or at least Hell's Angels tattoos his publisher took notice.

Several years later Dragon Door published Pavel's book Enter the Kettlebell! which became the golden standard in kettlebell instruction. It was followed by Return of the Kettlebell which introduced the most advanced Russian strength and muscle building techniques.

Pavel is a subject matter expert to the US Marine Corps, the US Secret Service, and the US Navy SEALs. A kettlebell in his fist, he was voted the 'Hot Trainer' by Rolling Stone and appeared in media ranging from Pravda to Fox News. Dr. Randall Strossen, one of the most respected names in the strength world, stated, "In our eyes, Pavel Tsatsouline will always reign as the modern king of kettlebells since it was he who popularized them to the point where you could almost found a country filled with his converts…"

or how about this one - "Shit Crossfit Girls Say":

This one looks like a lot of fun and thankfully it is only 07 minutes long!  Will have to give this one a "test drive" and see if it's worthwhile to include in the WOD rotation.

Where do I begin to list all of the technical errors that are displayed in this video?  Should I start with the Clean, which as demonstrated is nothing more than a Biceps Curl, or with the Press which looks like a punch in the nuts to a giant?

The real problem with this video is that it has been put out Reebok - the same Reebok that is the major sponosr for Crossfit. No wonder no one at Crossfit HQ respects Kettlebells if this is what they consider to be good kettlebell technique...

Following is a great video by Keira Newtown, RKC on one of the most important aspects of the Kettlebell Swing - Timing!  Watch Keira and you'll see an excellent starting position, hip extension, recovery and backswing - all the things that make up the perfect Kettlebell Swing.  Great work Miss Keira!

This Week at CrossFit Koncepts

Just wanted to let you know about a couple things that are going to be happening this week:

On Friday (03/09/12) we put a camera in the corner of the gym and let it run so that we could capture some footage of this WOD as it was done by a cross-section of CrossFit Koncepts clients.  This was done so that we could take a look at how our athletes would perform the WOD as compared to the athletes ("bad-asses") that did it under Bob Harper's supervision in the following video:

As you can see the athletes in this video finished the WOD in well under 10 minutes.  Why?  Is it because they are phenomenal athletes and have great technique? Nope! It's because they took shortcuts on range of motion and technique that, while it gave them a better score, compromised the movement and made it a lot easier and lessened its value.

Compare their performance with the work done by the CFK atheletes.  They all worked just as hard, and in some cases a lot harder than Bob's "bad-asses", but did so without compromising the technique for the sake of a better score.  Full range of motion, proper loading, and safe execution not only make the WOD harder and longer, but in the long run will also make it that much more effective and powerful.  Shortcuts are for the ride home from work - not how you do your workout.

BTW - was the WOD challenging? Yes.  Will we be doing it again? Possibly - but it was heavy on anaerobic endurance and light on the strength side. If we do it again in the future we'll have to look at how to tweak it a little bit to add a more significant strength component to it.

Stirring the Pot on Sit-ups

I've said it before and I'll say it again - sit-ups are not an athletic movement and are not something that athletes, or anyone else for that matter, should be doing.  Sure, they're easy to do and you can rack some impressive numbers, but they aren't going to do your back any good in the long run... and if you really want a six-pack then quit eating Doritos and drinking Diet Coke!  Now, if you really want to talk about hammering your abs, I'll be happy to sing the praises of the Ab Wheel aka "The Wheel of Pain" all day long... but I'll save that for another post.

Anyway, I wanted to expose you to some excellent information about ab strength and back strength coming from the one and only Dr. Stuart McGill. Dr. McGill is a renowned researcher in the exercise field but is known for his outstanding research on protecting and rehabing the back. Check out this two part interview with Dr. McGill on the Testosterone.com website: Part One and Part Two.

Also, check out this seemingly "easy" ab exercise that Dr. McGill highly recommends for strengthening both the abs and reinforcing the back.  I first tried this at the Dragon Door Bodyweight Workshop in 2011 and thought it was a keeper!