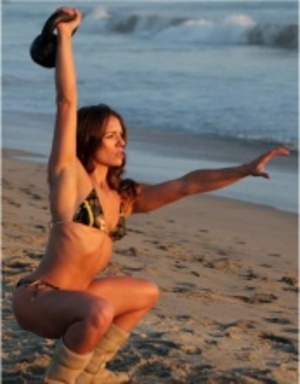 The CrossFit phenomenon continues to generate a lot of press and it was recently featured in several articles on MSN.  Both articles are interesting reads and while they don't add anything new for teh experienced CrossFitter, they do have some "pearls" that are worth harversting.

The first article (Facing Down the Gila Monsters) is written from the perspective of the writer as he completes (or should I say "survives") his first couple workout.

The second article (The Fast Furious Workout) rehashes a lot of the controversy behind the efficiency, Intensity and safety of the CrossFit protocol.  While praising the process it also gets in its share of shots... hey, any press is good press!

Jeff Martone gave a great demo of his Kettlebell Juggling skills at the first CrossFit Kettlebell Cetification in San Diego, California that amazed the attendees - as it always does everywhere.  Jeff makes the whole process seem near effortless and displays mastery of movement and power that is only evident in a true master of an art.  Enjoy! 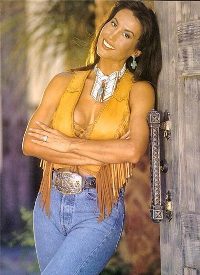 I read Muscle & Fitness magazine when I was in college to get ideas about workouts... and to look at pictures of Rachel McLish (most of you are too young to know who she is so that's her in the picture).  I haven't looked at a copy in almost twenty years until a friend pointed out an article they did on CrossFit.  I have to admit that I was shocked that they'd do a piece on a CrossFit gym (Petranek Fitness in LA) seeing that they were the bastion of bodybuilding lore and BS.  Lo and behold it was actually worth the read... albeit a repeat!  The sedentary writer works out at a CrossFit gym and is decimated but determined not to quit... blah, blah, blah.  Read the article as it is posted on the Muscle & Fitness website.

At least I got to post a picure of Rachel McLish! :P